by OMG! Heart
No Comments 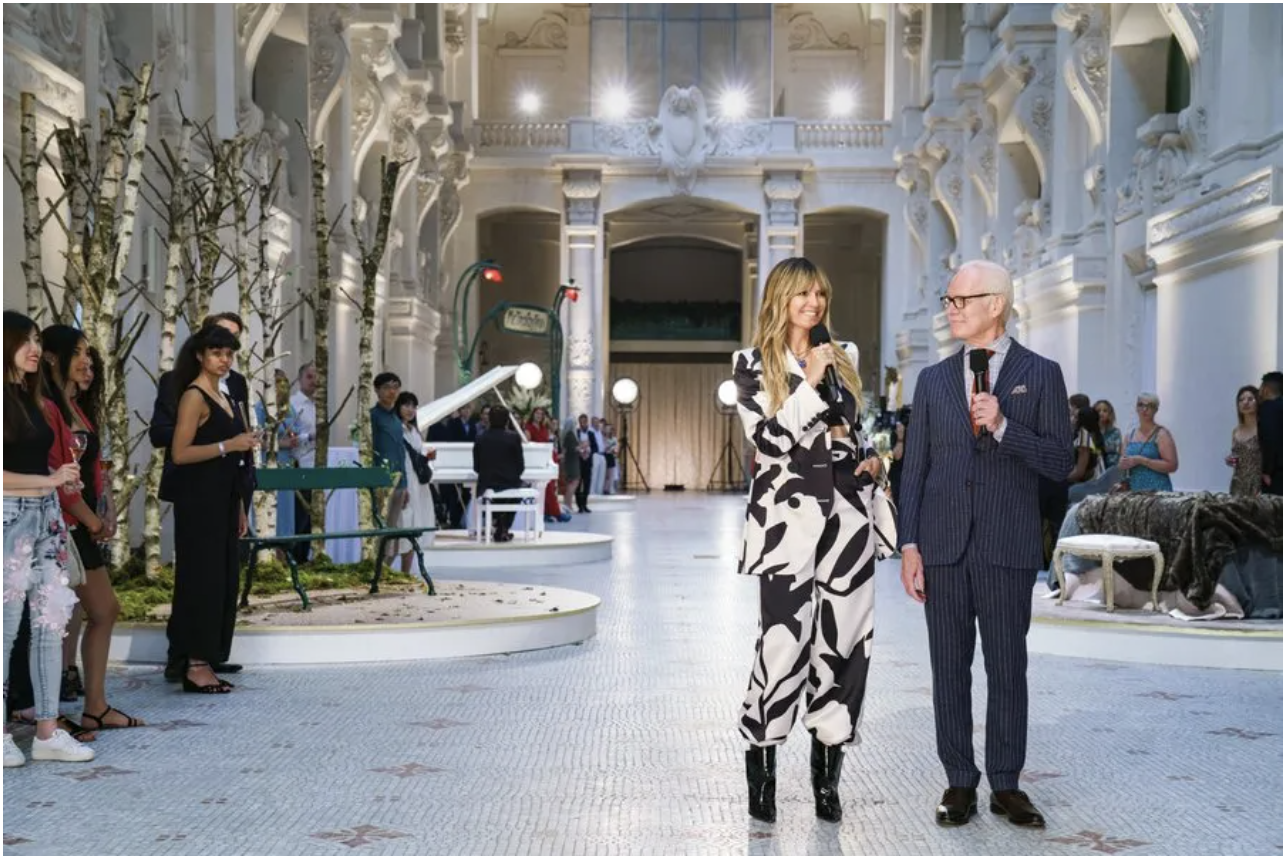 Upon discovering Making the Cut, I fell in love with the runway show ideas, creative direction, and ultimately their executions! These are not your average runway shows and to put one on of this scale, sophistication, and resource for an emerging designers’ competition show? Over the top excess. Yet somehow still not in bad taste!? Tim Gunn FTW!

In Making the Cut: Season 1, designers travel to 3 of the 4 fashion capitals of the world, New York, Paris, and Tokyo. They visit 3 continents and 3 countries! Below is a list of the final fashion show experience in each of the countries they visited along with any notable venues they also stopped in! If you’re new to the show, here’s my recap on the very first season of Making the Cut! Check out below for ways to watch and where to buy!

2 Looks – Brand Identity in Runway, Accessible. Shown in Paris under the Eiffel Tower. Venue was so well produced.

2 Looks – Haute Couture, Accessible. Shown in Musee des Arts Decoratifs in the Louvre Palace. Venue was breathtaking. It’s one of my faves ever. The architecture, the all white and gold, the way the entire show as organized was so beautiful! Designers toured Paris and the Yves Saint Laurent Museum.

Collaboration Team Challenge. 3-Look Mini Collection. 1 must be Accessible. Shown along the River Seine. So Paris. So “French Romance”. They really captured the essence of each challenge, show, and the locales they took place in.

7-Hour Survivor Challenge – 1 Look. Shown in their workstudio. I couldn’t get a decent pic of the workspace but it was cute.

Created using any leftover fabric scraps found in studio and without the help of seamstresses. Meant to weed out one more designer.

Bonus: Noonoouri posted the winning look on her social media.

Pop-Up Challenge for the Top Three spots took place in New York in the Hudson Mercantile at Hudson Yards (home to The Vessel). Shopping experience is all digital a la Amazon! Each studio was designed and decorated with the designer’s aesthetic in mind.

Designers must design an accessible preview of their potential finale show along with 12-14 looks for said show! Then, they must also draft a business plan to pitch as part of the judging!

Bonus: Only 2 designers will move on to the final challenge.

Finale “Runway-Off” shown at the Highline, an elevated park architected on abandoned above-ground railroad tracks. SO New York. And it really is great. It is a 1.5 mile park that runs from Hudson Yards down to Meat-Packing District.

Esther Perbandt should have won!

All seasons of Making the Cut are available on Amazon Prime Video.

More ways to watch found on IMDB. More detailed info can be found on Wikipedia and Instagram.

Making the Cut launched on Amazon Prime Video in 2020 and is an Amazon Original Series.

Where To Buy: All Your Crafting Needs – Amazon!